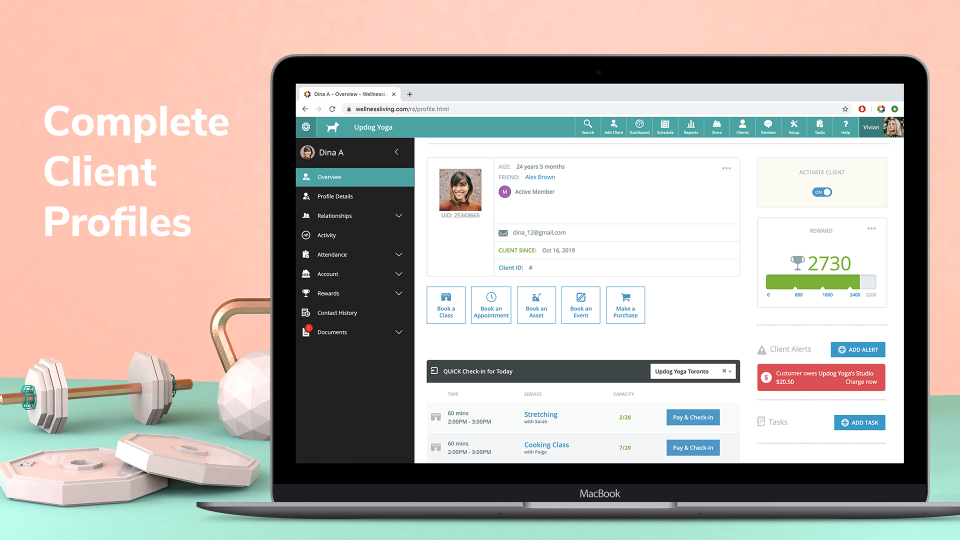 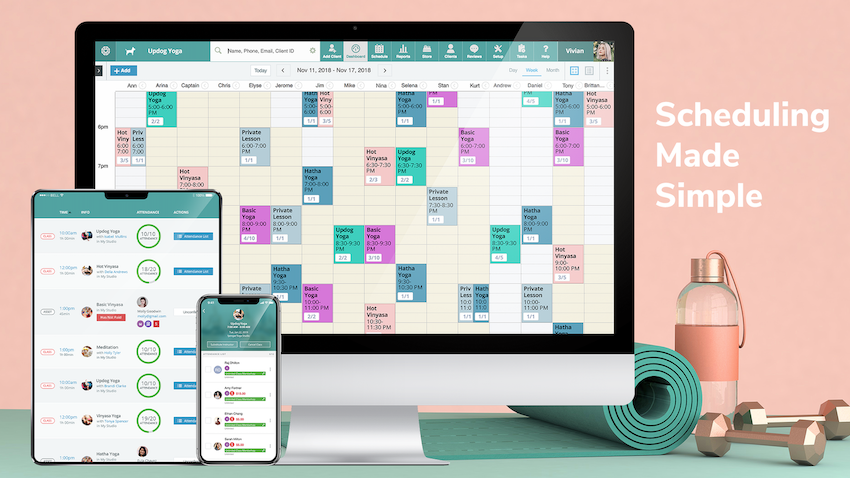 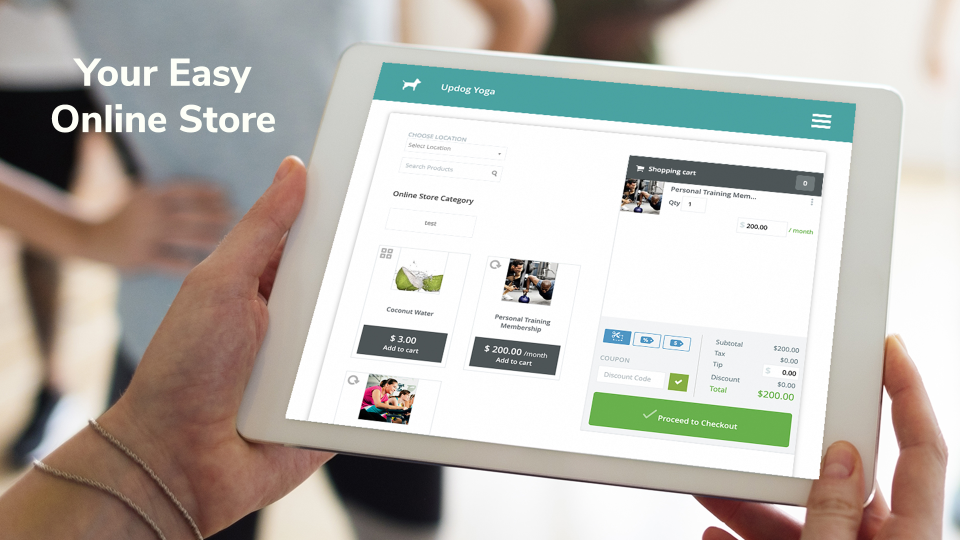 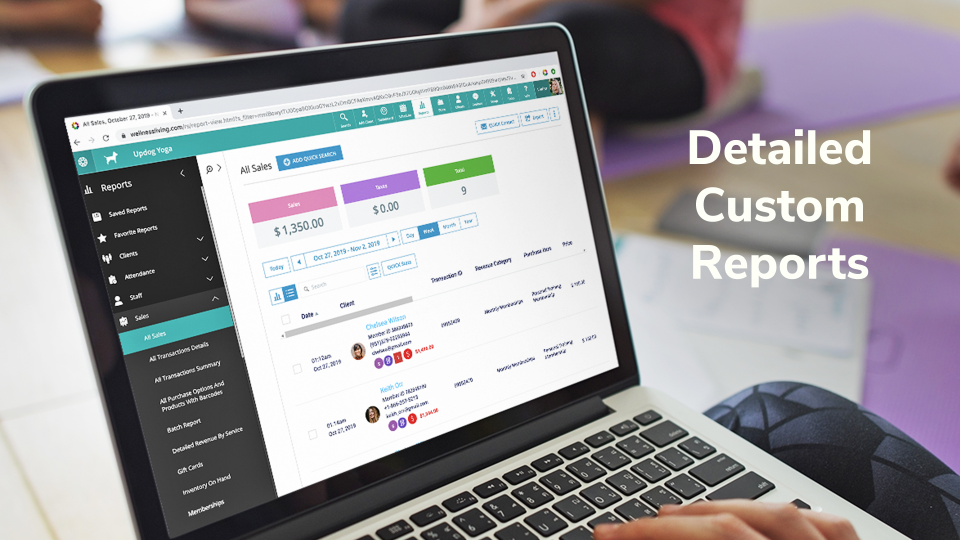 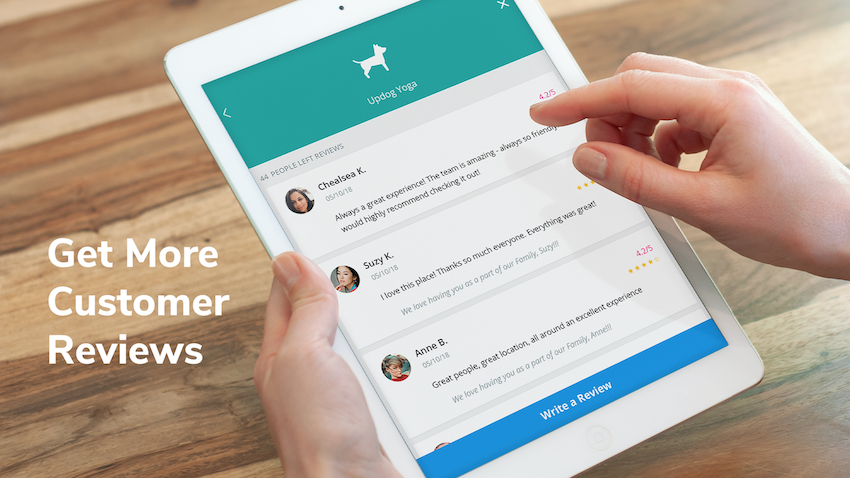 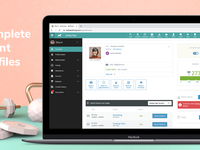 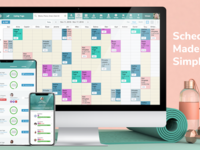 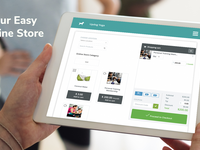 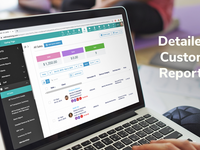 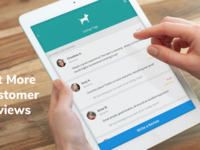 5/5 (2)
We are the software and app for the growth of your fitness boutique or sports center. Streamlining your processes and operations.
Visualizza profilo Vedere il confronto

"Customer Service 2nd to none"

Commenti: My overall experience with Wellness Living is big time positive. They actually care about you and want to do a good job. I'm so appreciative because it got to the point where MindBody didn't care at all. They just wanted your money and that was it. Maybe it was because I was a small fish in a big pond and I was expendable. I don't know. However, Wellness Living is the exact opposite. They run their business right and I'm glad to be a part of it. They make my life easier. The software is so easy and intuitive to use that we were up and running full speed upon transition.

Vantaggi: The intuitive nature of the software is really nice. It makes sense. I'm still trying to deprogram myself from the complicated nature of MindBodyOnline and not automatically assume things are going to be difficult. When you do have a question during your learning curve or implementation of new things, you simply call or send and email to customer support and they send screen shots and detailed descriptions to help. There's also a Help Suite you can use to look up any particular situation. The features are awesome and the price point for all it is capable of is fantastic.

Inconvenienti: I can't think of anything that I don't like. I'm still in my learning curve from switching from MindBodyOnline and anything that I don't understand is from my lack of knowledge of the software. It's getting easier and easier each day as you learn more when certain situations arise. There have been a couple bugs to work out as I had many many many years of data with MindBody to transfer over.

Hi Susan!
Thank you so much for leaving your review. At WellnessLiving, we are passionate about providing businesses like yours with the easiest to use software so that you can focus on your clients while we worry about the more technical aspects of your business operations. We are ecstatic to hear that you have learned to use WellnessLiving so quickly and easily, and that you have gotten such great use of our help resources. We are proud to be a part of your business and are so glad that you decided to make the switch. Thanks for choosing WellnessLiving!
-Natasha B. (WellnessLiving Customer Advocate)

Vantaggi: The best costumer service. You can always send an email requesting a call and they will call you at the time you have free to help and solve your issue with the software.

Inconvenienti: With the great help of costumer service almost any problem that you can find will be solved. So no cons

Hey Shevi,
Thank you for leaving a review! We're happy you switched over to WellnessLiving from Mindbody like so many customers before you! It was definitely the right call. With Mindbody, they charge for every third-party add-on and extra feature like email marketing, reviews features, and website widgetsjust to a name a few. The next thing you know you're paying double or even triple the price. WellnessLiving has all those great features and more, built right into the system! We also appreciate everything you said about our customer support team. Our customer service reps are simply the best in the business. We go above and beyond and train your staff to make sure you're completely comfortable with the software. Every problem you need help with, we'll be there for you every step of the way! Again, thank you for the review and whenever you have a question or concern, don't hesitate to reach out! Thank you for choosing WellnessLiving!

Commenti: If you read the previous category you're probably asking yourself "How could this possibly get worse?" Well do I have a surprise for you!! Customer Support is absolutely terrible. They don't answer the phone or chat 99% of the time. You have to leave a message, because apparently a software company thinks it's 1995. When you do leave a message, just expect to have to call back 100 more times until someone answers, because they won't call you back. When you finally get through to a customer support person... well, they don't exist. THey offer tech support, and then the rest of their menu options are there to sell you the software, or upsell the already bad software with a custom branded app.. That way you can look like you built your own app that doesn't work as intended. Rather than being able to place the blame with Wellness Living, because it's your app now, you have to accept responsibility for their stuff not working. OK... so now lets pretend you actually got through to somebody. They will promise you the universe, and then deliver you a steaming pile of garbage instead. Their company slogan should be "Over promise and under deliver". After calling "support" to resolve our issue with the lost $10000+ in revenue, I was told how I was wrong and how the software *should* be working and that it works just fine. After 4 hours of nonsense I finally called back enough to get to a supervisor. Now we're getting a lawyer involved.

Vantaggi: It's absolute garbage. The UI is so bad that even our IT pro had a hard time making basic functions work as they were said they would.

Inconvenienti: Everything. I hate everything about this software. It's clunky, and randomly just doesn't bill members. We signed a new family up in July. Their card is on file, it's set for auto debit, and showed that it was running their charge... but guess what?! We didn't see a penny! $256 x 3 months is a lot of money to lose in the middle of COVID. But it gets better! We accidentally found a member that was moved to "inactive" for some reason, and then we saw they hadn't been charged for 9 months... I showed up to do an at-home private lesson with a couple youth students, and when I looked up the address I saw the same thing happened to them starting in July. So now just 3 examples is $2,000 of lost revenue. I could continue to talk about the $285 family discount option that randomly stopped running the charge for 4-5 months before it was caught... It's almost impossible to catch because half the time their profile will show that they were charged and received the rewards for their payment, and then no money ever left their bank account. Luckily honest customers have prevented more losses than what I'm listing here.

Commenti: I wanted to reach out and hope this is the best way to sing the praises of [SENSITIVE CONTENT HIDDEN]. This is an employee that has truly gone above and beyond to help me and my fitness studio these past 2 weeks. I had to go in for a deviated septum surgery on May 21st. As I was waiting in the preop room, I began getting a number of email notifications on my cell that clients were having trouble signing up for classes for our reopening on June 1st. The issue had to do with their accounts being placed on hold due to Covid closures. I did not have access to my computer and knew I'd be down for a day or two with pain meds, etc so I sent out an email request for help to the WL support email address. I am beyond happy I received a reply from [SENSITIVE CONTENT HIDDEN] not just for her help in fixing this issue...but because of what follows. My surgery itself was fine but the recovery was far from routine. I am much better now but had breathing issues, medication allergies and a number of other unforeseen issues that literally rendered me unable to run my business. As I do not have a manager or other staffers, my daughter [SENSITIVE CONTENT HIDDEN] who is 19 had to suddenly try to navigate client emails and a software site she had no knowledge of. She of course was overwhelmed and I directed her at one point to respond to [SENSITIVE CONTENT HIDDEN] reply asking her for help as I was down for the count. I have gone back and reread all of the correspondence between [SENSITIVE CONTENT HIDDEN] and let me say that I am nothing short of grateful for the

Vantaggi: Easy to navigate and clients found the transition EASY!

Inconvenienti: None. I can not say anything bad about this .

Thanks for leaving such an amazing review! First and foremost, we're happy to hear your surgery went well. Life can be challenging, but it's important to have supportive people by your side. Our customers are our top priority, and when you needed us the most, we stepped up, so you were able to reopen your studio as planned! As you grow your business through this difficult time, we'll be there for you! It's moments like these, you can definitely see how much we're committed to small business owners like you. Again, we're glad to hear you're healthy, and remember, we're there for you! Thank you for choosing WellnessLiving!

Vantaggi: Canadian company. Customer service is great. The fact that you can add goals and progress reports to your clients profiles is very helpful. Dashboard for business owner is an easy to use tool with great reports. My favourite aspect is the ability to see who owes us money on my homepage.

Inconvenienti: Transferring our data from our previous software provider was very poorly done.

Thanks for your reviewwe really do appreciate it! We completely understand your frustrationyou switched from Mindbody and you want a smooth and seamless migration process. We're thrilled that our customer support team was able to resolve your issues and guide you step by step through our system and any changes they made. At WellnessLiving you can expect that high level of communication, knowledge, and professionalism! As part of the WellnessLiving family, we will always go above and beyond for your businesswe guarantee it! We put so much attention into every single detail, and that's what sets us apart. From our advanced reporting, very informative client profiles, and intuitive dashboard, we give you all the info you need to gain control and better manage your business! Again, thank you for your review, and we look forward to growing your business together! Thank you for choosing WellnessLiving!