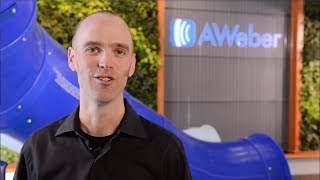 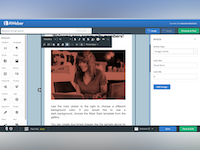 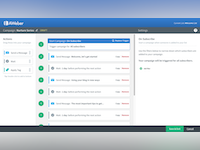 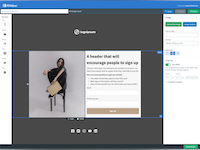 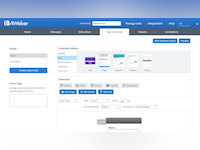 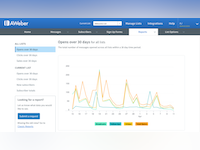 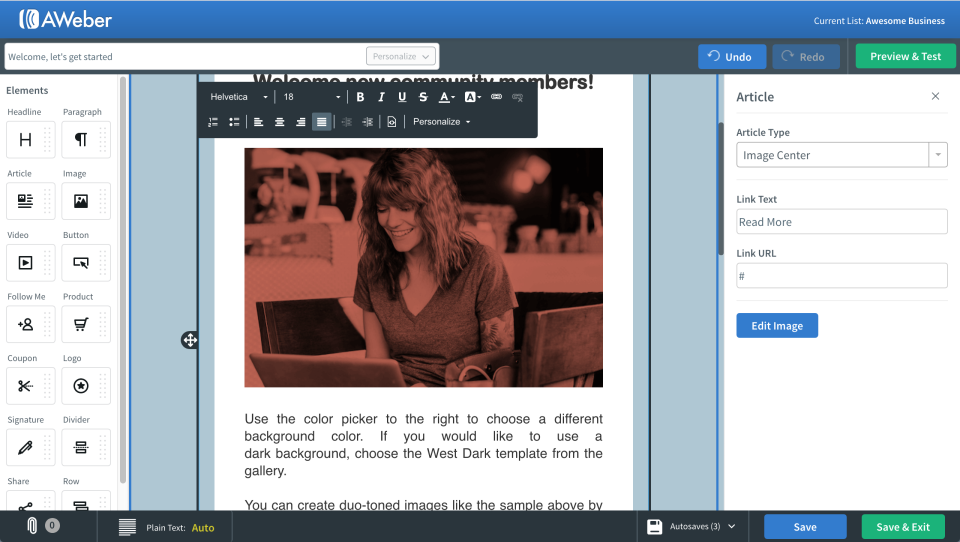 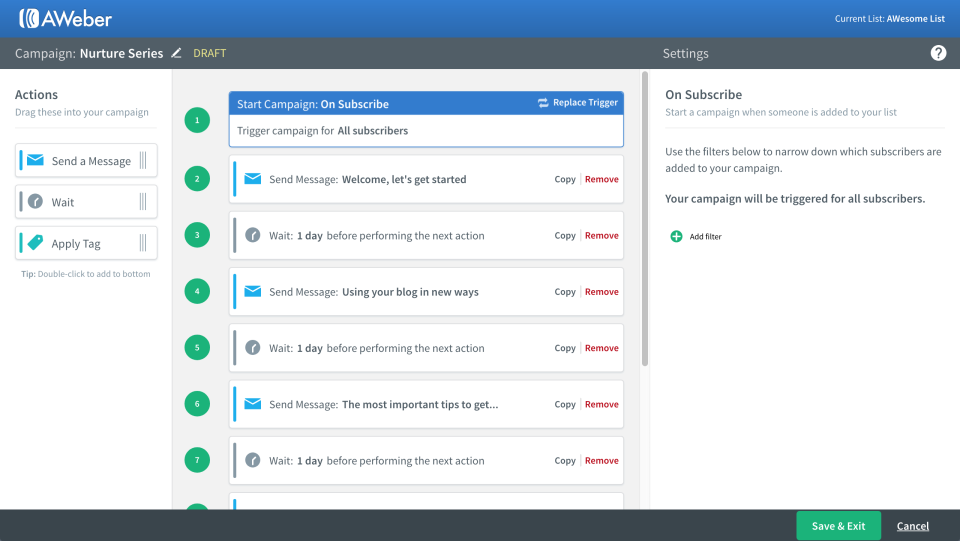 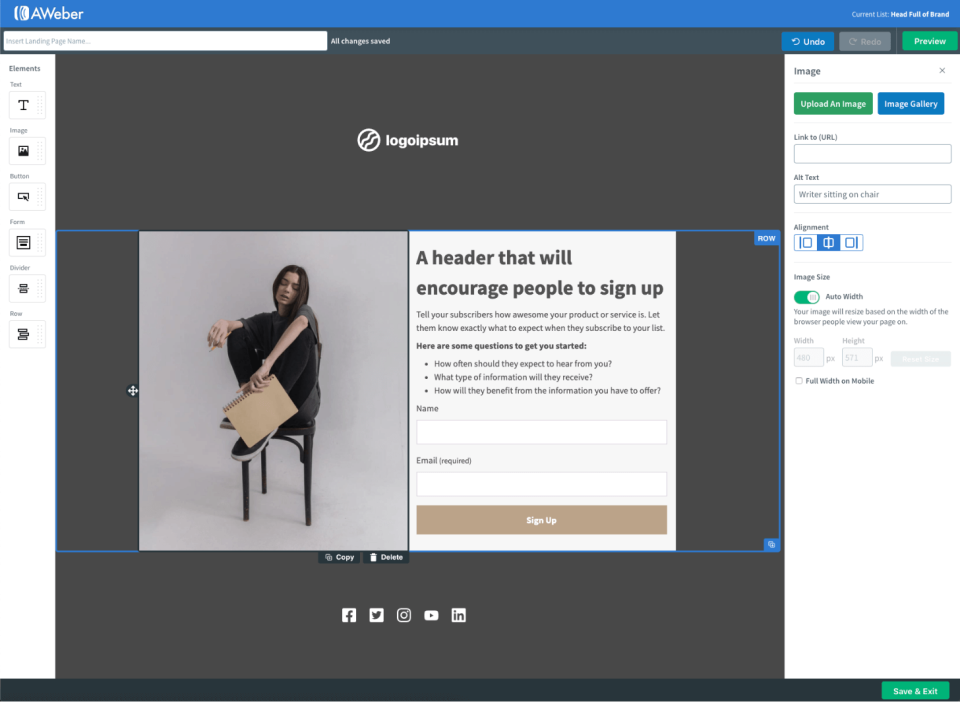 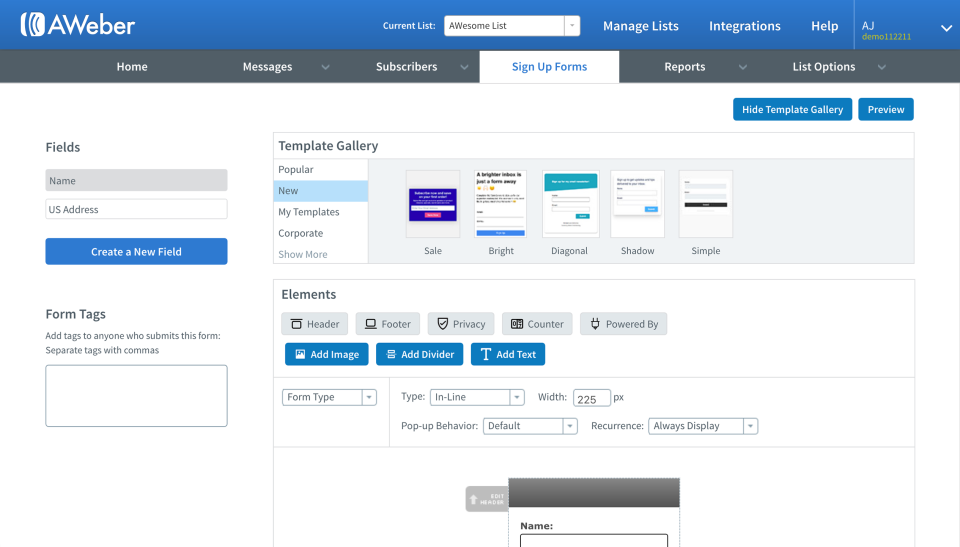 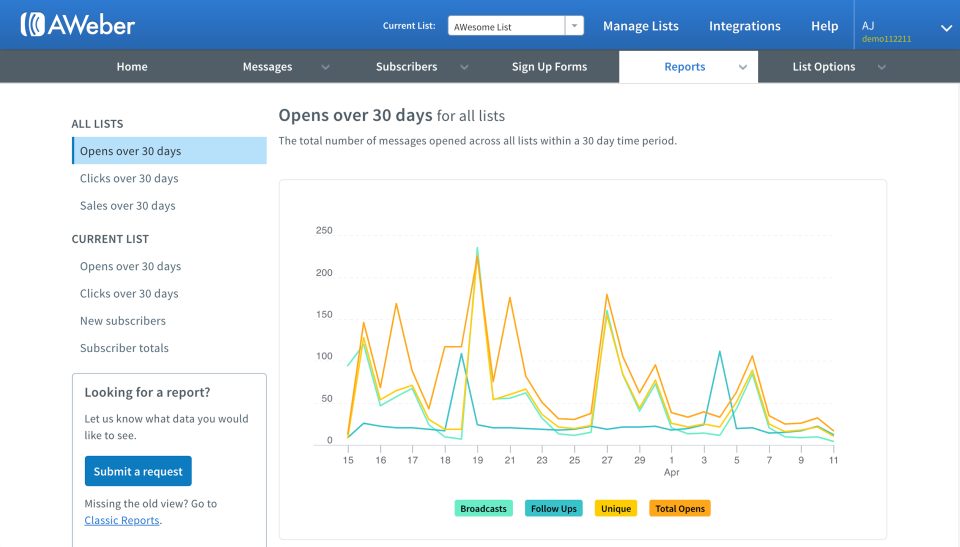 Commenti: My experience with Aweber's customer support even when I start as a free trial was something to take home about. It's easy to create both HTML templates for your emails and also, their easy drag and drop email builder makes it possible to design your email templates or pick from the library of already made templates and edit your campaigns. Email campaigns can also be shared with someone else to import all the flows to their autoresponder with Aweber and save a lot of stress.

I love Aweber's ease of signing up plus, it's a powerful autoresponder with a nice user interface, great email list management, custom segmentation, and the fact that it even delivers analytics to your email after sending an email campaign makes it my favorite. As compared to ConvertKit, Aweber is still cheap and an affordable autoresponder to rely on. Aweber has outstanding customer service which you can reach at any point in time from email, live support, and phone call.

Aweber's Campaign flows feature is currently my third best but then it lacks some features as compared to sender. An example of that feature I was looking for is setting a condition of either a subscriber is qualified to receive the next flow or change a path. That which I can't find in an expensive autoresponder like Aweber.

Perché scegliere AWeber: I was promoting Affiliate products and MailChimp had to shut me down and that was why I sourced for another autoresponder which can give me control over my list, what I send and when I send to them.

Perché passare a AWeber: I read a lot of reviews about successful affiliate marketers using Aweber to make money and I thought I should go for it. Plus, I liked their Free trial which offers almost everything the paid plan offers with 500 subscribers.

Commenti: I enjoyed using AWeber. It was easy to set up lists and broadcast emails. And it made it possible for me to get started building my business online without much tech skill. However, as I became a more advanced marketer and wanted more control in my business, the way AWeber was set up did not seem to make certain advanced automation features possible. Or the interface was set up in such a way to dissuade you from using it for more complex features.

The best part about AWeber is how easy it is to use. There aren't a whole lot of bells and whistles which means that it's super fast to get up and running. And honestly, though it's not my favorite tool, most businesses would do better to use AWeber than their current email marketing system. Also, it's got good deliverability which means your emails actually show up in the inbox instead of spam.

I call AWeber a "beginner" email marketing tool because that's what it feels like. Yes, it'll get you up and running. But it doesn't "feel" powerful and the lack of features leave some things to be desired. But "something" is better than "nothing", so if using something easy gets you and your business to do email marketing, than by all means use AWeber.

Perché scegliere AWeber: I don't have anything good to say about MailChimp. Not only is the interface clunky, but oftentimes deliverability suffers. And as if that isn't enough, a lot of businesses that are totally ethical, GOOD businesses are forbidden from using the platform. I have many friends who have woken up to their accounts banned, locked out of all their email contacts without so much as a reason. And these weren't people running aggressive offers. They were just regular businesses (like flower shops) that apparently tried to sell their products a little too "hard" and therefore caught the ban hammer.

Perché passare a AWeber: At the time I was just getting started in internet marketing, I wanted to use what the "big names" used. So I looked into the platforms they "recommended." This was before I understood affiliate marketing and didn't know they were getting paid to say how awesome these platforms were. When in reality, yes they are super powerful. But they're also really clunky and take a SUPER long time to learn. Plus, I quickly realized I wouldn't use MOST of what these other platforms offered, so I quickly decided on AWeber so I could get started with my business.

Commenti: AWeber is a great software.

All of the features are great. I plan to continue to use this software.

Pricing could be lower. I'm on a budget.

Good for a small company mail list, but lacks integration

Commenti: Also, it became too costly an option when trying to integrate my WooCommece store data without purchasing a $49 plugin. The more I wanted to do, the fewer options because available not making this a suitable option for me. Overall, my experience with AWeber was less than stellar and I had to drop it for a better solution.

AWeber is good for maintaining a customer list and sending campaigns. It also provides the capability to use a single list among a couple websites with some integration and upgrades. Overall, I would consider it an entry-level list management option.

AWeber lacks the capability to integrate multiple website data seamlessly without some third-party apps. Not being able to maintain a single list among my three websites was a definite downside to continuing using the software. The form builder and landing pages were difficult and cumbersome to configure, setup and integrate. The RSS options was clunky and the templates were lacking any customization.

Perché scegliere AWeber: I was looking for a better solution for the limitation in Mailchimp, but AWeber was less than stellar. Mailchimp did not give me much analytical data and email marketing options.

Perché passare a AWeber: I initially choose AWeber because I thought it was a improvement over Mailchimp. However, it did not meet my needs as well. So, I switched to ActiveCampaign and glad I did.

Alternative Aweber for those starting out.

Commenti: Aweber is great, it has benefited me in many ways with my email campaigns. I know exactly who is opening my emails and clicking on referral links or sales pages in my automations. That way I can create accurate reports for non-interacting people or buyers and etc... This is a big help to increase your sales, because you can focus a strong campaign on the right people, just by looking at the reports generated by the tool. I have an excellent relationship with aweber, the first 3 months were tense, but she helped me to get the necessary results to continue in the fight.

An extremely fantastic tool when it comes to email delivery. Incredible accuracy of my automations. Without a doubt it's one of the best I've ever used. A great help for those who are just starting out and don't have much capital to invest. Because aweber allows you to use and learn about the tool for free for 3 months. In addition to the company's integrity in providing knowledge to its customers and users, they fill their inbox with hundreds of emails almost daily, but it's just to inform about the tool and its features, free courses and lectures for better performance. aweber support is very good and fast, prompt service, they always solved problems for me immediately. Also, I used several free Landing Pages templates with fantastic layouts and almost automatic. I just needed to choose the model and just type a call to action. For everything, I recommend aweber, an outstanding service.

Negative points about this tool, I don't have. But just an addendum, for those outside the US and needing to use the tool, it's a great idea while using the free months. But if you're setting up and collecting leads in your campaigns, no results. You may get frustrated, as the payment will be a little expensive, taking into account the dollar's value in relation to other countries. But on the whole, I have no criticisms about this software.